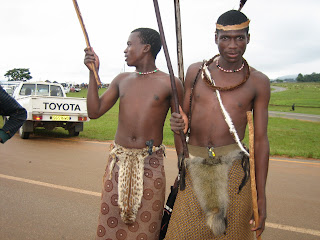 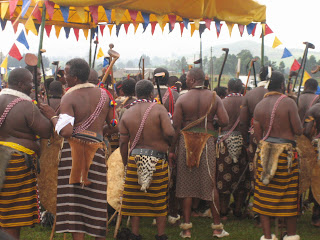 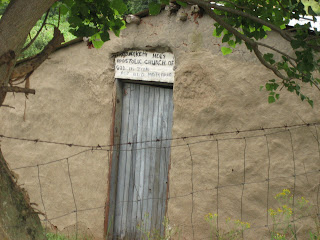 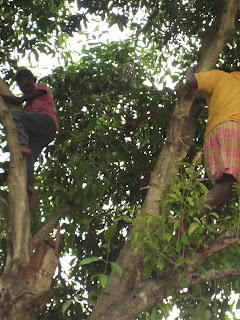 WEEK 1
So, I am here, but one of my bags isn’t. Hopefully they find it and in the meantime I am borrowing all of Anne’s stuff…
It is rainy and humid (but that’s WAY better than being cold and icy!!). We made the 4 hour bus-ride to Mbabane and once we arrived we had a beautiful and tasty catered dinner with faculty members from the University of Swaziland in the Royal Hotel typically reserved for Heads of State. They are excited to have us on board and they will be our main collaborators for the next 3 months. Not only is the dean and the head of the department involved, but also 6 community health nursing graduate students. The University of Swaziland has a child-headed household research project and they have requested Anne and my help.

No hot water part II…Anne and I have been rather unlucky with our room assignments. We have always ended up with the rooms that have no hot water and the cold water faucets tend to electrocute you when you try to turn them on. On top of that, we are outside of Mbabane in the TOTAL BOONIES!! There are wild animals running around at all hours of the day and night making ridiculous noises!! However, we do have a marvelous view of the mountains and surrounding city. Also, the sky is so clear from pollution around here that you can see every star in the sky… there was even a rainbow today!! You could see from one end all of the way to the pot of gold at the other side… and all of the colors in between. Never seen anything before like it… ever.

Once again I was reminded of the blessings I have in my life. We traveled to the Chief’s village to visit homesteads containing orphaned and/or vulnerable children (OVCs). We were accompanied by the Swazi University community health nursing students I spoke of earlier as well as some key community leaders. Without these key informants, we would not be able to enter people’s homes and gain such personal information about the death of their parents and their current psychological, emotional, physical and spiritual status. It is always a shock to see people living in such absolute poverty but who are still pure at heart and overwhelmingly happy!

For example, today a boy of only 18 years asked if we would offer him a job saying he would be willing and able to do anything… in essence, they are not asking for a handout, rather a hand UP…

The second house I visited today was an 18 year old boy who was raising his 4 younger brothers and sisters. His father died in 1999 and his mother died just last year. When we left their home the young children all started climbing the trees. We assumed they were climbing to show off or play; however, they were climbing to pick berries from the very highest leaves to show thanks for our visit. This is typical in Swazi society. Even if the people have nothing and you have the whole world in the palm of your hand, they will pluck their very last cob of maize and give it to you for your dinner.

I really enjoy the company of the Swazi University students, especially Futhi! Also, the former 2006 Miss South Africa is part of the Ubuntu team. She is amazing. She started out in a rural village much like the ones we visited and has now made herself into an inspiration for rural community members across the southern African region. She has fans everywhere we go!!

This afternoon we were welcomed at the King’s ceremony. The people were all dressed in traditional Swaziland attire – even young children. The king’s (13!!) wives were honored as well as their children. It was a celebration to end a national holiday/time of rest and mark the re-entering into the fields. Even us American students were asked to wear Swazi King Mswati III wraps! We looked awkward but not as awkward as the two Chinese tourists standing in front of us (the only other tourists there) I think we may have been the only white people some of the Swazi’s have seen as we were treated as celebrities! Everyone was bowing and waving to us and offering their sons for marriage!!