Day 3 with the Bendix’s:
Brace yourself… I have a lot to say.  First, the day started out like yesterday – we arrived to Allied Plastics to purchase lunch bowls and cups for the new grade level at New Hope Primary starting in January.  The door was open and there were workers everywhere but we were told that they weren’t selling anything today.  Only preparing for their holiday break until January 5th.  I tried to convince one of the workers to sell me something anyway since we are leaving Swaziland on January 3rd and I need these bowls, but my smile and sweet charm did not work – we left empty handed.  This was similar to our series of failed errands yesterday.  But then the day took a huge upswing.

We went to CashBuild to purchase all of the building supplies for our second Gogo’s home.  She raises twin 6 year olds who attend our New Hope school as well as a 3 year old and a 14 year old.  All of her children are dead.  Big thanks to my mama who is footing the bill of these orphans’ home.  When I was paying, the cashier called one of the store room workers to the front desk and introduced me to him.  He was surprisingly our Gogo’s nephew.  He graciously thanked us for helping his aunt and said that she has been struggling for years since her last son died.  When you look at her two current homes – one make of sticks and mud, the other made of stones and mud (both of which she made herself) – you can easily believe it.  I can’t wait for my in-laws to come and help us build her new home after Christmas!

We then took the kids to the movie theater (the only one in the entire country) to see Penguins of Madagascar in 3D.  Mazwi definitely liked it as I sat next to him and heard his giggle the entire time.  Afterward we bought the “family feast” at KFC (the kid’s choice) and all 10 orphans ate until they were full for only $30!  When I was driving them all home, the car was noisy with the sound of pounding rain and strong winds outside, and the sound of the children talking about the movies and laughing inside.  Suddenly the rain stopped and the Msibi family (Nomfundo, Nosipho, Timmy, Zinhle, and Sizo) broke out in some song with 4-part harmony about the rain and subsequent sunshine.  Soon we reached their village and the children left the car one by one.  As I drove away in silence, it was a reminder of my life without them.  The absence of their laughter and voices is difficult when I am back home...  I cannot believe Ty and I only have 14 days left here! 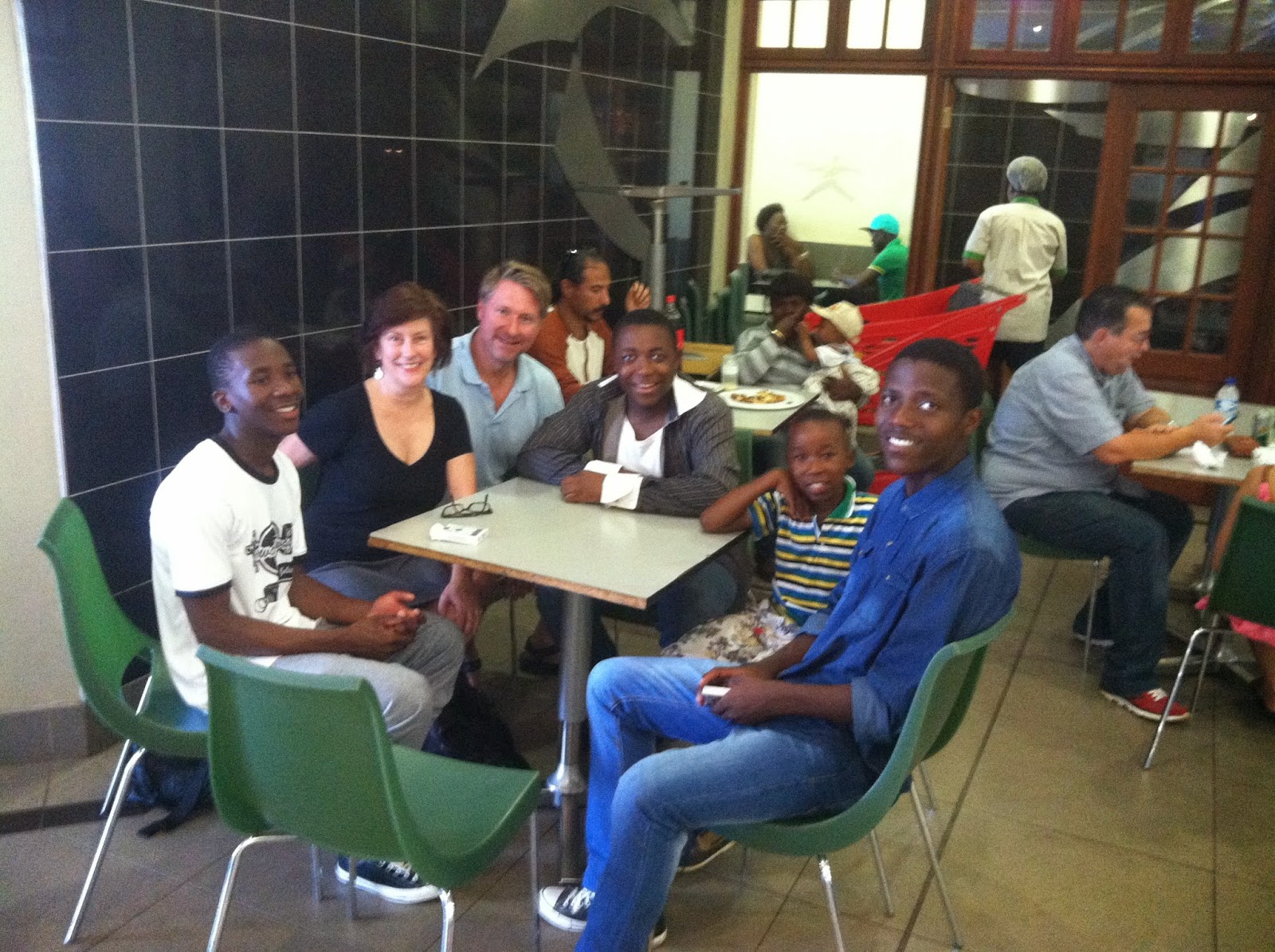 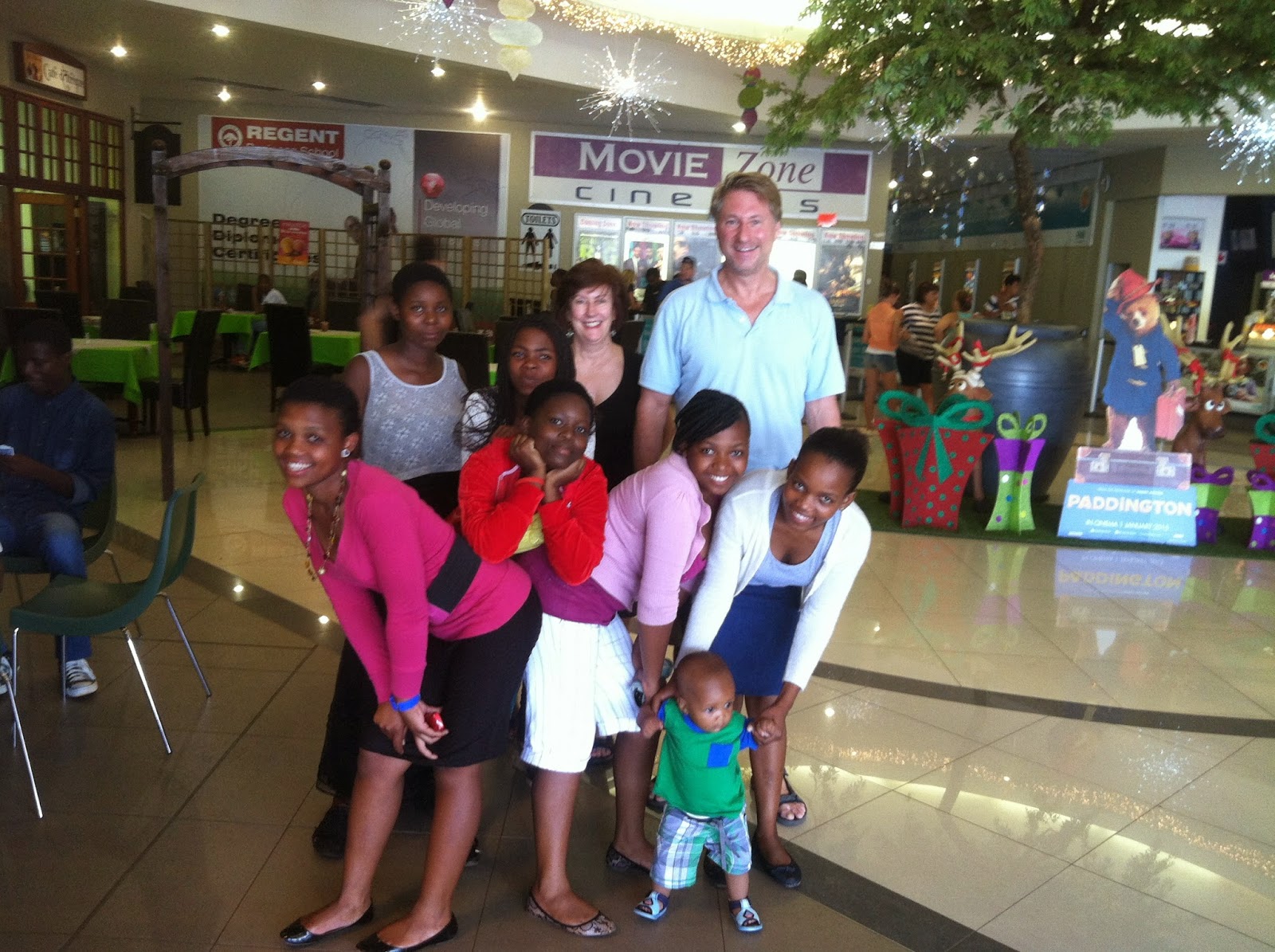 Noncedo (one of our girls who graduated 2 years ago) approached me after the movie and asked for help.  She said she’s been doing odd jobs for the last year to save up money to attend an IT computer program in Manzini but she was only able to save 500 rand ($50) (PS, this amount of money is HUGE for her!!).  She asked for the other half of her tuition ($50 USD) to be able to start the course in January.  I am so proud of her for taking the initiative to find this program, save up money for it, and enroll all by herself.  The Bendix family’s IndieGogo campaign raised $10,000 --- $5,000 of it covered the eLangeni orphans’ tuition (including Noncedo’s IT program) and the other $5,000 will be covering the school uniforms and supplies for all 60 orphaned students at our New Hope Primary School.  We are so grateful to this family and everyone who supported the campaign enabling all of these kids to earn an education!


Lastly, a big thanks to my sister-in-law’s family and Grandpa Thoreen for bypassing Christmas gifts for the second year in a row to pay our New Hope Primary School 2015 teachers’ salaries.  You guys rock!!
Posted by Annie at 10:54 AM