Remember Mphendulo?  The numero uno student in our school?  The boy who is good at all sports games and is well behaved?  The sweet boy who herds goats to our school grounds to poop all over our classrooms?  We asked about him today since we haven’t seen him only to learn that he is living in South Africa.  Apparently his father (HIV positive and dying) has been climbing trees and cutting firewood to sell.  Some man who is a consistent customer of his offered to take Mphendulo to South Africa to “offer him a better life”.  Since January, he hasn’t returned and it’s unlikely he will be able to since he doesn’t have a passport and has traveled to South Africa illegally.  I immediately spoke to Maseko who is not only our amazing Malindza community liaison but also a Swazi police officer.  I told him my concern that Mphendulo may have been child trafficked to South Africa and he agreed.  He said there is a place along the border where it is not well patrolled, so people can jump a barbed wire fence and avoid being shot by the Swazi soldiers.  Apparently it has become quite common lately where people will offer children a “better education” or “more opportunities” in South Africa only to use them to sell drugs, rob stores, or commit other crimes.  The “pimps” earn money and take no risk as the children are rarely suspected or caught, and if they are, it is no skin off their backs to lose one or two – they will just travel to Swaziland to get another.  I was heartbroken.  It was hard enough imagining Mphendulo living alone in his small hut with his dying father, minimal food, no water, and little love/encouragement… but to imagine him as someone’s drug/gang slave is too much to handle.  Maseko promised to report back to me as soon as he told the head of police and promised to open an investigation.  It’s hard to imagine someone giving their child to a stranger who promised to offer a better life, but when you have nothing to offer your child and your future is uncertain… Prayers for Mphendulo please. 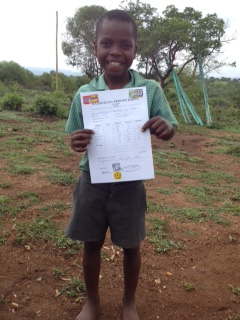 We paid school fees, delivered food to our New Hope Feeding Center, delivered food to our Malindza high school girls, and bought and distributed female hygiene products.  Tomorrow will be another busy Malindza Village day as we will host pediatric clinics at two different areas of Malindza village.  Our days here are numbered and we are working sun up to sun down to get everything done.  So thankful for our amazing volunteers Carole, Bob and Evan who have been such helpful troopers working hard and joking during hard times to keep morale up.
Posted by Annie at 11:54 AM