"Most white people just come to take pictures, but you are different." - Day 6


Last night I took the girls to the Mediterranean bar to try the locally brewed Siebebe beer and meet some city locals.  After a very short time, the girls had enough funny stories to tell their friends for weeks upon their upcoming return home.  One guy told Amanda that she looked like the dominant one and had such a low voice that he wouldn’t believe her when she tried to say that I was in charge.  Another guy asked Katy if white girls also pooped white.  Baby T told Karen that he wanted to marry her and have ceremonies both in the US and Swaziland.  While they were all goofing around, I was having a serious chat with my friend Sifiso.  He was saying that he was very proud of Give Hope, Fight Poverty and is happy to work with us when we’re here.  He also checks on our kids and coaches my boys dance team in our absence.  He said that the majority of the white people who come to Swaziland only want to take sad pictures with very poor people, hand out a few used items as donations, and then leave and do nothing to significantly better the situation.  He emphasized that what we do is important and that the children – for months prior to our recent arrival in Swaziland – reminded him every time he saw them of our upcoming return and how much they looked forward to it.  I too am proud of our efforts to remain small to enable us to make a substantial difference in these orphans’ lives over the last 6 years.

This morning we went to church with Sizo to watch his children’s choir sing.  It was beautiful!! Afterward we took all 18 eLangeni kids to the movie theater to see “The Croods”. We took up two rows of seats and pretended it was Amanda’s birthday so we would qualify for the birthday special – popcorn, smartees, and slushies for all of the children.  As always, Mazwi was on the edge of his seat the entire time!  The others were laughing and loving every second of it.  We then ordered Debonairs and the kids devoured 14 pizzas, 5 appetizers, and 3 bottles of soda!  After a round of hugs, we left the kids promising to see them this week and went to our friend Professor Njabu’s house for Grapetisers & Romano cream biscuits.  She said that she has been taking Mazwi to the clinic more often lately as his face has had a bad rash and his lip is blistered.  She fears that he is rejecting his HIV medication and that his immune system is suppressed.  She wants me & Katy to take him to our friends at Baylor Pediatric HIV clinic on Wednesday to have a second opinion as the doctors at Mbabane government hospital do not seem as worried as she is.  Mazwi is such a tough and amazing little boy that you would never be able to tell if he is feeling ill.  Today he was touching the blister on his lip a bit and said he feels as if he has a touch of the flu but he was enjoying the day spent with the other GHFP orphans and played with the 1-month old puppies at Professor Njabu’s house this evening without complaining or seeming ill at all. I’m praying that he is fine as this little boy owns my whole heart. 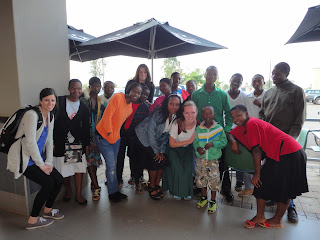 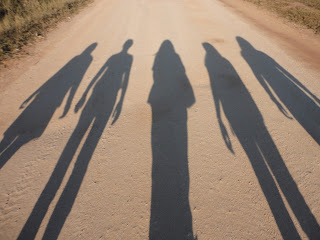