Guys, Day 1 I was way too tired to blog, but here’s a synopsis:
We got to Swaziland in the late afternoon and spent until early evening running errands – buying food for the kids and medication for our upcoming free clinic.
In the evening, we played at Philo and Mazwi’s house!  If you’ve been following my decade long passion for Swaziland, you know it originated with a three year old very sick HIV-positive and TB infected little sweetheart named Mazwi.  It was super fun seeing them tonight!! Mazwi no longer wants to be a banker, but a police man now.   And Philo said she now wants to be a dentist.  Unfortunately there is no dental school in the entire country – but the profession is very much needed! No one in the rural areas has ever gotten a teeth cleaning and when people need extractions, they have to go to the government hospital’s surgical ward (if you followed along as my best bud Sifiso died at the government hospital…it’s nowhere anyone ever wants to be!)
Then, their big brother who has raised them, Samkelo, popped his head in.  I congratulated him on the electricity he installed in their home!  He said he did it himself and Mazwi was enthralled (maybe a future electrical engineer!!) But he said he has a refrigerator on layaway.  He put $200 down but has $110 to go before January 1st before he can take it home.  GHFP has the BEST tribe! Last night I posted a plea on facebook and woke up this morning to it being fully funded!! I cannot thank you enough!! This will help preserve their food so they have a more consistent supply.

Day 2:
This morning we drove to Malindza where we delivered 11 emergency food packages to young preschool children in gogo (granny) headed homes. Typically our kids get a hot lunch at our New Hope Centre but this time of year school is closed for the festive season, so these food packages are vital for the children to at least have one meal a day. They consist of rice, beans, cooking oil, peanut butter, candles (no electricity), matches, soup mix, peanuts, baked beans and canned fish.  We also delivered backpacks to the children who were school aged and stuffed animals to the younger kids (Thanks Ally Parker for organizing the backpack drive, More Than Rubies for the stuffed animal donations, and my mom for the money for the food!)
At one of the homes, the youngest was home but the two older girls were not there.  I was disappointed to have missed them as they are in grade 5 now so I rarely get to see them around New Hope.  Then, later, I saw them along the road at a stand they made out of tree branches selling things they picked from their trees and some chips from the store.  5th grade female entrepreneurs!! I love it!! (don’t worry. This isn’t child labor.  They’re just on break from school trying to make some pocket change.  Unfortunately it would be like having a lemonade stand on a remote dead end street…. I think we were the only car that drove by.  Hope they got some walker business!!) 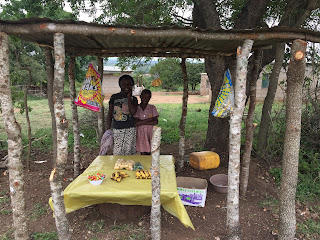 It was another busy afternoon of shopping.  We bought 40 pairs of school shoes for our New Hope kids as well as school supplies for our preschool.  On the way home we stopped by Beish’s house where we picked up soaps for our Sanitation Across Swaziland program.  He collects used soaps for us from the major Swazi hotels and we sanitize them and redistribute them to families in the rural areas.  I’ll have to wait for a final count, but I estimate that we have thousands!!!! I’m so happy! That’s a lot of clean little fingers and a lot of kids avoiding communicable disease. 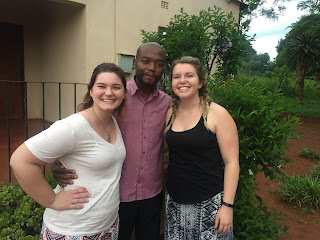 Also, Beth Huffman, if you’re reading this, Beish took us to a dilapidated chicken coop full of – not chickens – but TONS OF PLASTIC BOTTLES!  They’re smaller than a liter.  Individual sized, like 16oz? They’ll work!  For those of you who are lost… we are going to fill the plastic bottles with sand and use them as building materials for our environmentally friendly toilets we are building with an IUPUI design team in July.  These toilets will not only prevent disease among our children (did you know inaccessibility to toilets is one of the leading causes of death among children?? (UNICEF)), but it will spare the atmosphere (there is no recycling…often trash is burned in Swaziland emitting plastic toxins into the breathing air), AND it will teach our local building team a new (and cheaper) way of building! 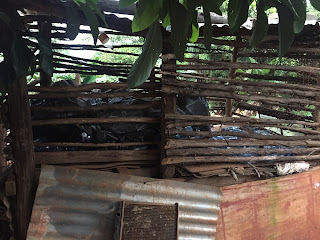 Okay – that’s it for today folks! As usual, the girls beat me to bed by 1.5 hours and I’m soon behind them.  Goodnight from Swaziland! If you’d like to see pictures, find me on facebook (Annie Elble Todt is my personal/public page and of course Give Hope, Fight Poverty is our organization page).  And if you’d like to donate toward our programming, you can here: www.ifightpoverty.org/donate.html
Posted by Annie at 11:45 AM