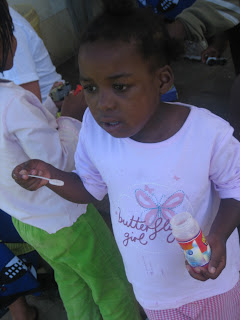 WEEK 2
I am so blessed. Being here is a constant reminder of how much I have been given in my life… not only material goods but also things like education and health. Today Anne and I tried to take the students to an orphanage that we visited last March. It was definitely a place where there was the greatest need. I can still close my eyes and see the babies kept in boxes on the floor drowning in their own urine and with no human stimulation. We wanted the students to see the need and when they go back to the US on Saturday, raise funds to make changes in these orphans’ lives.
However, when we reached the house that used to be called home to 50+ orphans, we were shocked to find that all of those children were GONE! Vanished without a trace. Although I am worried about the whereabouts and safety of these kids… it was a blessing from God that we arrived at the house… we met the most fascinating people I have ever seen, and they were all blind or severely visually impaired!! 13 blind people and 2 babies (one blind) all live in the house now. Some NGO from England (Africa Equipped??) saved these people from the streets. Just 4 months ago the eldest person told us he was a street beggar in Manzini (a nearby city). Then, the NGO grouped these blind people together and gave them recording equipment and a home (guaranteed for 5 years) to give them a fighting chance at life… and these people are the happiest and proudest people you will ever meet in your life… with the most beautiful voices. They are FABULOUS singers! They formed a Jesus Worshippers Gospel Choir and they tour and sing/dance to earn a living. 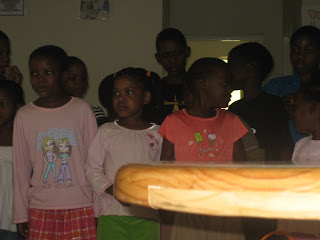 Today is yet another example of why looks are deceiving. I was thrilled with the apparent health of the children yesterday at Selula Sandla; however, we were informed today that 75% of them are HIV+. Typically, the government pays for ARV (anti-retroviral treatment) when a victim reaches a certain T-cell count. However, at this level, the HIV victim is visibly ill with a deteriorating immune system. At Selula Sandla, the African Methodist Church pays for all of the ARV treatments for the children so that they can be treated despite their T-cell count. We were told that some of the young children don’t even know they have HIV, they just know they have to take pills everyday. Very sad. 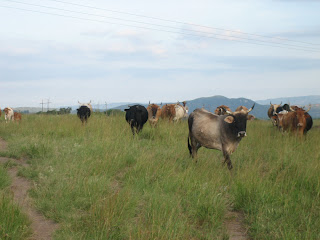 The students and I went to the GrowMore Wholesaler to pick up food for our Elangeni Village families. We bought sugar beans, brown sugar, maize meal, soup broth, peanut butter, salt, soap, candles and matches for each homestead and then spent the next hour or two delivering the care packages.

In the afternoon we visited the Selula Sandla orphanage. Anne and I had a predetermined expectation that the place would be a disaster because the last time we were here in March we visited an orphanage where the children had no clothing, no education, and very little to eat. However, this orphanage is funded by an African Methodist Episcopal Church and the children were very well cared for. They all had nice clothing, appeared to be well fed, and all of them were in school. There were 23 children living in the home with 3 live-in house mothers. They said that they have the capacity to hold 36 but that a recent funding problem limits them from having adding any more. All of the children appeared to be very healthy besides one little girl who appeared to be partially blind and possibly has fetal alcohol syndrome. The Purdue students spent the remaining time racing the orphans (the little ones wanted to do a 100m dash – also an attached video clip), playing Frisbee in the front yard, and playing with the puppies in the back yard (soooo sad, the mommy dog was super malnourished). I was relieved to see that the children were so happy and well cared for. 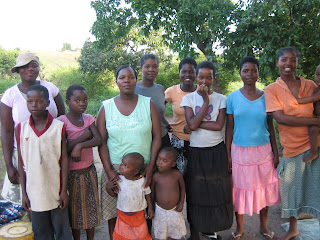 Busi (the owner of our guesthouse) stopped us and asked if we would like to go to church with her instead. She goes to ‘Jesus Call Worship Center’, an Evangelical church. It was a verrrrry wealthy church. There were Jaguars, Land Rovers, BMWs, and Mercedes overflowing the parking lot. The church was very modern looking and had an amazing sound system. There was a preacher who spoke English and one who echoed him in siSwati. The band was magnificent and everyone sang so beautifully. Their rendition of “Lord I lift your name on high” was so amazing that I tried to capture it on my camera.The experience was just as you would imagine it from a movie. The people all yelled and held up their hands and said “AMEN” about every 30 seconds. There was much applause and the preachers were VERY energetic. I would love to see a Catholic priest try to conduct mass this way. Church lasted for over 2 hours, I told Busi that half of the people at mass would have been asleep by then, but the energy in the room here kept everyone alert and wanting more. After church, Busi talked with us about the problems in the nearby village. She said that the parents will have their young daughters sell alcohol to the neighboring people and then when the customers get drunk, they will have sex with the young girls for money. Many of these young girls have children of their own and they continue the vicious cycle of poverty. 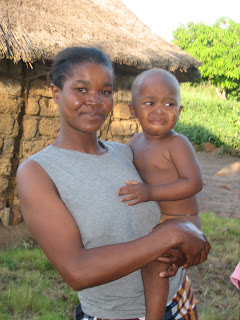 We went back to our assigned homesteads in Elangeni Village to interview the families in order to eventually do a nationwide Public Health Asset Mapping program. The first family that we visited had hope and have a number of able-bodied adults to do work whenever they can find it.
However, the second home is a child-headed household and the interview was very emotional. The young boy who heads the family broke into tears halfway through the interview and we had to finish early. They are at the mercy of their neighbor’s leftovers and never know when their next meal will be. The young boy only 4 years old suffers the most because he can no longer remember his mother and father. Very sad… The children’s greatest wish is to go to school… The children who drop out because of the lack of funds are stuck in a lifelong cycle of poverty. The only ones who pick themselves up out of it are the ones who continue with their education at least through high school. Most of them are forced to drop out after only 1st grade.

HAPPY NEW YEAR!!! Tonight Princess Celenhle took us to House On Fire, a local nightclub to celebrate the New Year. However, it had a “Mexican” theme which was hysterical. The African interpretation of Mexican food and Salsa dancing was entertaining in its own right. As you entered the club, you could purchase a sombrero and a scummy looking Mexican mustache to tape to your face… despite people’s better judgment, I saw plenty!! For dinner, we had Dorito chips with “salsa” (ketchup) as an appetizer and who knows what for the main course. Also, it was totally a white person bar… I would never have guessed that there were so many white people in Swaziland. Most of them were there with UNAIDS missions or in the Peace Corps. Some of the girls we saw there were Americans with impeccable siSwati – which is quite admirable since it is a very difficult “clicking” language. The music was hilarious. Mainly American songs from the early 90s and then around midnight an Irish sounding band played. Kind of reminded me of 9 Irish Brothers set in the middle of Swaziland…
Posted by annie at 2:25 AM